The Hudson Valley Writers Guild, Trailer Park Quarterly, & Hobo Camp Review are combing forces to present a very special night of poetry and spoken word featuring writers from all over the country at The Linda, WAMC’s Performing Arts Studio in Albany, NY.

IAN MACKS
Currently based in the Capital Region of NY, Ian Macks originally hails from The Bronx, NY. As a youth, Ian was non-verbal for most of his first decade on Earth. This early point of view manifested in Ian’s emotional sensitivities toward love, loss, racism, and hardship. Ian’s distinct voice and literary light shine throughout the poems in Identity Crisis (Recto y Verso Editions, 2021). Ian’s debut chapbook A Loss and Gain of Comfort was released in 2014 and since then Ian has been active performing at several poetry venues and open mics in Upstate, NY, and in New York City.

JOHN DORSEY
John Dorsey lived for several years in Toledo, Ohio. He is the author of several collections of poetry, including Teaching the Dead to Sing: The Outlaw’s Prayer (Rose of Sharon Press, 2006), Sodomy is a City in New Jersey (American Mettle Books, 2010), Tombstone Factory (Epic Rites Press, 2013), Appalachian Frankenstein (GTK Press, 2015) Being the Fire (Tangerine Press, 2016),  Shoot the Messenger (Red Flag Poetry, 2017), Your Daughter’s Country (Blue Horse Press, 2019), Which Way to the River: Selected Poems 2016-2020 (OAC Books, 2020), Afterlife Karaoke (Crisis Chronicles Press, 2021) and Sundown at the Redneck Carnival (Spartan Press, 2022). His work has been nominated for the Pushcart Prize, Best of the Net, and the Stanley Hanks Memorial Poetry Prize. He was the winner of the 2019 Terri Award given out at the Poetry Rendezvous.

JASON RYBERG
Jason Ryberg is the author of eighteen books of poetry, six screenplays, a few short stories, a box full of folders, notebooks, and scraps of paper that could one day be (loosely) construed as a novel, and, a couple of angry letters to various magazine and newspaper editors. He is currently an artist-in-residence at both The Prospero Institute of Disquieted P/o/e/t/i/c/s and the Osage Arts Community, and is an editor and designer at Spartan Books. His latest collection of poems is The Great American Pyramid Scheme (co-authored with W.E. Leathem, Tim Tarkelly, and Mack Thorn, OAC Books, 2022). He lives part-time in Kansas City, MO with a rooster named Little Red and a billygoat named Giuseppe and part-time somewhere in the Ozarks, near the Gasconade River, where there are also many strange and wonderful woodland critters.

JASON BALDINGER
Jason Baldinger is from Pittsburgh and looks forward to roaming the country and writing poems again. His newest books are A Threadbare Universe (Kung Fu Treachery Press) and The Afterlife is a Hangover (Stubborn Mule Press). A History of Backroads Misplaced: Selected Poems 2010-2020 (Kung Fu Treachery) is forthcoming later this year. His work has been published widely across print journals and online. You can hear him read his work on Bandcamp and on LPs by The Gotobeds and Theremonster.

VICTOR CLEVENGER
Victor Clevenger spends his days in a Madhouse and his nights writing. Selected pieces of his work have appeared in print magazines and journals around the world; it has also been nominated for the Best of the Net Anthology and the Pushcart Prize. He is the author of several collections of poetry including A Finger in the Hornets’ Nest (Red Flag Poetry, 2018), Corned Beef Hash By Candlelight (Luchador Press, 2019), A Wildflower In Blood (Roaring Junior Press, 2020), Scratching to Get By (Between Shadows Press, 2021), and 47 Poems (Crisis Chronicles Press, 2022). Together with American poet John Dorsey, they run River Dog.

TOHM BAKELAS
Tohm Bakelas is a social worker in a psychiatric hospital. He was born in New Jersey, resides there, and will die there. His poems have appeared in numerous journals, zines, and online publications. He has published 18 chapbooks and 2 collections. He runs Between Shadows Press.

MARY PANZA
Mary Panza has been a permanent fixture in the Capital Region poetry & spoken word community since 1988. Her first time reading on the stage of the legendary QE2 cemented her love for performing. She had hosted a number of open mics including a five-year run at Borders in the 1990s and a 15-year run with Poets Speak Loud at the Lark Tavern (and then McGeary’s Irish Pub from 2005 to 2020). She had her heyday with publishing her work in the 90s when small zines were king. She has published three chapbooks with poet Gina Grega and five small chapbooks with the late Paul Weinman. She has hosted an endless amount of events from poetry, music, and spoken word to the extraordinary recycled fashion shows that were Discard Avant Garb. She has a blog entitled Housewife Tuesday since 2012. She is currently working on staying as sane as she can in an insane world. 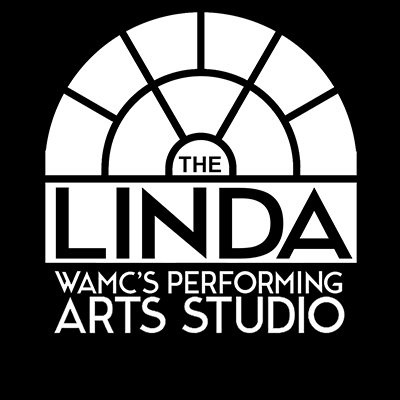