The Hudson Valley Writers Guild, Trailer Park Quarterly, & Hobo Camp Review are combing forces to present a very special night of poetry and spoken word featuring writers from all over the country at Elixir 16 in Troy, NY.

PAULA BOMER
Paula Bomer is the author of the collection, Inside Madeleine (Soho Press, May 2014), the novel Nine Months (Soho Press, August 2012), which received exuberant reviews in The Atlantic, Publishers Weekly, Library Journal, The Minneapolis Star Tribune, and elsewhere. Her collection, Baby and Other Stories (Word Riot Press, December 2010), received a starred review in Publishers Weekly, calling it a “lacerating take on marriage and motherhood…not one to share with the Mommy and Me group”, Kirkus Review deemed it “a worthy, if challenging, entry into the genre of transgressional fiction”, and O Magazine referred to it as a “brilliant, brutally raw debut.” She also is the publisher of Sententia Books and edits Sententia: The Literary Journal.

J LESTER ALLEN
J. Lester Allen is an American writer and poet. Originally hailing from the Central Pennsylvania region, he currently calls the waterfall rich holler of Ludlowville, NY home. He published his first collection of poems, The Days Carnivore, in 2008 and has since published three other collections of poetry and short stories, most notably This Is a Land of Wolves Now (Kung Fu Treachery 2019). A fourth collection, Beyond The Wounded Horizon, a split effort with fellow poet James H. Duncan, is also available on Alpine Ghost Press.

DAN PROVOST
A former collegiate offensive lineman and football coach for 26 years, Dan Provost’s poetry has been published both online and in print since 1993. He is the author of 14 books/chapbooks. His latest, Foundations of Cheap Penance, was released by DeadMansPressInk in November 2021. He has been twice nominated for The Best of the Web and has read his poetry throughout the United States. He lives in Berlin, New Hampshire with his wife Laura, and dog Bella.

CORD MORESKI
Cord Moreski is a poet from the Jersey Shore. Moreski is the author of Confined Spaces (Two Key Customs, 2022), The News Around Town (Maverick Duck Press, 2020), and Shaking Hands with Time (Indigent Press, 2018). When he is not writing, Cord waits tables for a living and teaches middle school children that poetry is awesome.

JOHN DORSEY
John Dorsey lived for several years in Toledo, Ohio. He is the author of several collections of poetry, including Teaching the Dead to Sing: The Outlaw’s Prayer (Rose of Sharon Press, 2006), Sodomy is a City in New Jersey (American Mettle Books, 2010), Tombstone Factory (Epic Rites Press, 2013), Appalachian Frankenstein (GTK Press, 2015) Being the Fire (Tangerine Press, 2016),  Shoot the Messenger (Red Flag Poetry, 2017), Your Daughter’s Country (Blue Horse Press, 2019), Which Way to the River: Selected Poems 2016-2020 (OAC Books, 2020), Afterlife Karaoke (Crisis Chronicles Press, 2021) and Sundown at the Redneck Carnival (Spartan Press, 2022). His work has been nominated for the Pushcart Prize, Best of the Net, and the Stanley Hanks Memorial Poetry Prize. He was the winner of the 2019 Terri Award given out at the Poetry Rendezvous.

JASON BALDINGER
Jason Baldinger is from Pittsburgh and looks forward to roaming the country and writing poems again. His newest books are A Threadbare Universe (Kung Fu Treachery Press) and The Afterlife is a Hangover (Stubborn Mule Press). A History of Backroads Misplaced: Selected Poems 2010-2020 (Kung Fu Treachery) is forthcoming later this year. His work has been published widely across print journals and online. You can hear him read his work on Bandcamp and on LPs by The Gotobeds and Theremonster.

JASON RYBERG
Jason Ryberg is the author of eighteen books of poetry, six screenplays, a few short stories, a box full of folders, notebooks, and scraps of paper that could one day be (loosely) construed as a novel, and, a couple of angry letters to various magazine and newspaper editors. He is currently an artist-in-residence at both The Prospero Institute of Disquieted P/o/e/t/i/c/s and the Osage Arts Community, and is an editor and designer at Spartan Books. His latest collection of poems is The Great American Pyramid Scheme (co-authored with W.E. Leathem, Tim Tarkelly, and Mack Thorn, OAC Books, 2022). He lives part-time in Kansas City, MO with a rooster named Little Red and a billygoat named Giuseppe and part-time somewhere in the Ozarks, near the Gasconade River, where there are also many strange and wonderful woodland critters.

VICTOR CLEVENGER
Victor Clevenger spends his days in a Madhouse and his nights writing. Selected pieces of his work have appeared in print magazines and journals around the world; it has also been nominated for the Best of the Net Anthology and the Pushcart Prize. He is the author of several collections of poetry including A Finger in the Hornets’ Nest (Red Flag Poetry, 2018), Corned Beef Hash By Candlelight (Luchador Press, 2019), A Wildflower In Blood (Roaring Junior Press, 2020), Scratching to Get By (Between Shadows Press, 2021), and 47 Poems (Crisis Chronicles Press, 2022). Together with American poet John Dorsey, they run River Dog. 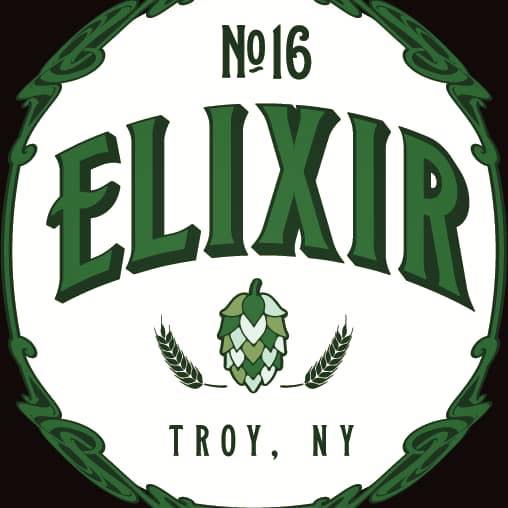