A regular at Caffe Lena Poetry, D. Alexander Holiday has lived in Albany for over thirty years as a transplant from New York City, where he was reared in foster care. In that time he has published several books including his memoir In The Care Of Strangers: The Autobiography Of A Foster Child and the poetry collections Notes to Porshé, Tales From This Black Heart, and I Use To Fall Down. Holiday holds an MA from SUNY Albany, has performed his work locally, on radio and public TV, and has run creative writing workshops at an area maximum security prison.

Marilyn McCabe’s work has received awards from the New York State Council on the Arts, A Room of Her Own Foundation, and the Adirondack Center for Writing, and her poetry book manuscripts have been chosen for publication by Finishing Line Press, the Word Works, and most recently Grayson Books, which published her new chapbook Being Many Seeds this past spring. Her visual poems and video poetry have appeared in online magazines, galleries, and film festivals. She blogs about writing and reading at MarilynOnaRoll.wordpress.com.

Elizabeth (elizag) Gordon is a capital district writer influenced by performance poetry (aka slam). A founding member of Albany’s Nitty Gritty Slam, she has toured and competed nationally, making it to the finals stage at the 2014 Women of the World Poetry Slam in Austin, Texas. She has published the poetry collection Love Cohoes and a nonfiction narrative Walk with Us: Triplet Boys, their Teen Parents and Two White Women Who Tagged Along. She teaches English classes at Northampton Community College and lives in Cohoes. 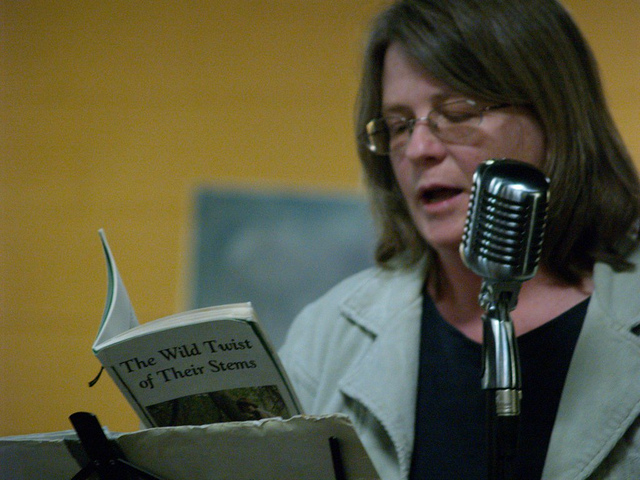